Te Aka Wāhine o Tāmaki/AGWN was delighted to host Alex Chadwick, Manager of the Gender Pay Gap Action Plan Taskforce, State Services Commission, for the first of its free seminar series events on Wednesday 29 May at the Auckland Policy Office.

Alex provided an update on the Gender Pay Gap Action Plan which was launched in Auckland in July 2018 and provided information on how you can address your own gender pay gap.

Many thanks to Alex for taking time out of her busy schedule to come and present to us and also thank you to the Auckland Policy Office for hosting the Seminar.

The AGWN Seminar series provides professional development and information on significant public sector initiatives. Seminar Two will be held on Tuesday 30 July 2019 with Lynne Allison, industrial psychologist and Team Leader Recruitment for NZ Customs. Lynne will be running a seminar on deciding when and how to make your next career move with plenty of practical advice on CV writing and interview skills. Keep an eye out for bookings which will open in early July. 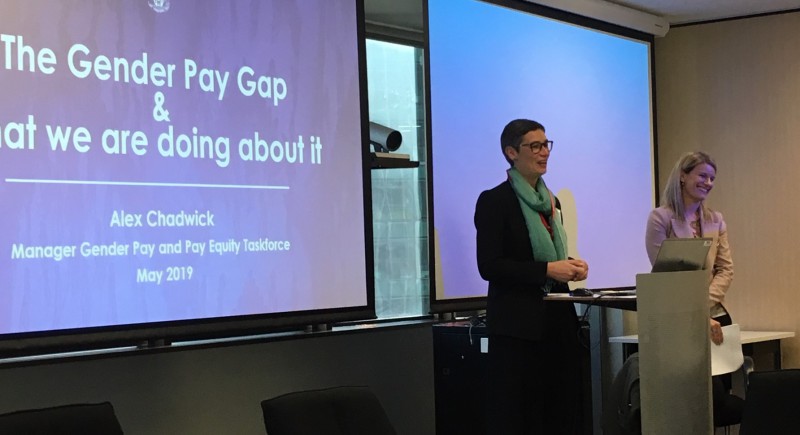