Patricia tells us she never planned her career as some people do and her early CV seems to reflect that – but she’s quick to point out that everything she’s done has contributed to her skill set in some way.

After moving to New Zealand from Fiji as an adolescent she completed high school and then university. This was followed by two years doing voluntary youth work through the Catholic Church, running life skills workshops for teenagers. Her next step saw her move into sales where she learned valuable negotiating skills.

Patricia’s first ‘proper job’ was in recruitment in Auckland’s private sector. Although she found she had a talent for the work, the sector was badly affected by the share market crash and recruitment work was difficult to sustain. She took a position in the public sector at the NZ Employment Service and – with a new focus and interest in helping disadvantaged clients – she began to flourish. Patricia went on to run the Wāhine Ahuru programme which was created for women who were returning to the work force. The opportunity to help women increase their confidence and identify skills and opportunities was hugely rewarding.

“If [the person you work for] won’t see your value you can’t waste time waiting for it”.

To increase her career prospects within the public sector, she took a secondment opportunity in Wellington, which turned into a permanent role and she focused on gradually growing her management and leadership skills. When she wanted to advance further, she was disappointed to discover that her own manager, instead of supporting her development, was blocking her progress. Patricia knew that she had to take control. “The person you work for is one of the most important people in terms of enabling your career. If they won’t see your value you can’t waste time waiting for it”.

Confident that she had the skills to advance her career, she soon landed a role as private secretary for a minister in the first MMP government. The role was an excellent opportunity to learn and understand the workings of central government however she felt she belonged at the forefront of operations and returned to the public sector. She was offered the opportunity to be seconded to a government department in the UK as an advisor on unemployment programmes which she accepted but was eventually lured back to New Zealand for a senior management role at Work and Income. It was Patricia’s first senior management job and she would eventually go on to lead Work and Income for six years.

Wanting to return to Auckland to be closer to family, Patricia became the first Chief Operating Officer of the newly formed Auckland Council. A large and all-encompassing role, Patricia had a lot to learn about managing a huge workforce across all of the Council’s delivery areas. Her most valuable lesson from this job was that it wasn’t about knowing everything – it was about leadership.

Three years into the Chief Operating Officer, Patricia was blindsided by a breast cancer diagnosis. Unable to continue, she took a year off for treatment, recovery and valuable time with her two young sons. Once recovered, Patricia reevaluated her priorities and the effect of the high stress and demanding work of her executive role and decided to take another path within council.

Patricia’s experience as COO gave her perspective to understand that organisational transformation was her passion. When the opportunity to lead the Transformation and People and Capability teams in Council arose, she made the most of the chance to use her valuable insight on strategy and culture to make meaningful change, becoming Director of her newly formed division, People and Performance. “There is a saying that culture eats strategy for breakfast. You can’t execute on the strategy unless you have the culture right,” Patricia says.

But of course, there are still more lessons to be learnt and the challenges of Covid-19 and working in lockdown provided many new difficulties and opportunities. When asked if the lessons from working in lockdown means Council will shift to a more integrated flexible working model, Patricia hopes and believes that the answer is yes – but they need to be quite deliberate about the approach and adapt their current policy and mindset to suit. The policy they ultimately implement needs to work for the team, the organisation and the individual. She doesn’t want to see Council revert to an older model – the benefits are too great to waste.

"Reputation can be a powerful asset or a detriment to the opportunities that come your way."

Although she didn’t have a particular mentor along her career journey, Patricia did have people who advocated for her and she stresses the importance of having those. “You absolutely need an advocate and get as many as you can”. These are the relationships you build based on trust, respect and your credibility, she says. “Don’t be reckless with your relationships. NZ is a village.” She says this is what will protect your reputation – an asset she emphasizes as very important.  In her experience reputation can be a powerful asset or a detriment to the opportunities that come your way.

Patricia recommends keeping an open and flexible mindset about where you want to go and how you want to get there. Sometimes in order to move up you need to move sideways, further your skills and broaden your experience. And sometimes it’s about being a bit cheeky and putting yourself on the line, pushing yourself out of your comfort zone. “Give it a go! You can’t always be waiting politely for something to happen.”

Lastly, she says, help one another. "Try to see the space as large enough for all of us – and if we all succeed then we can achieve far greater things as a community.” 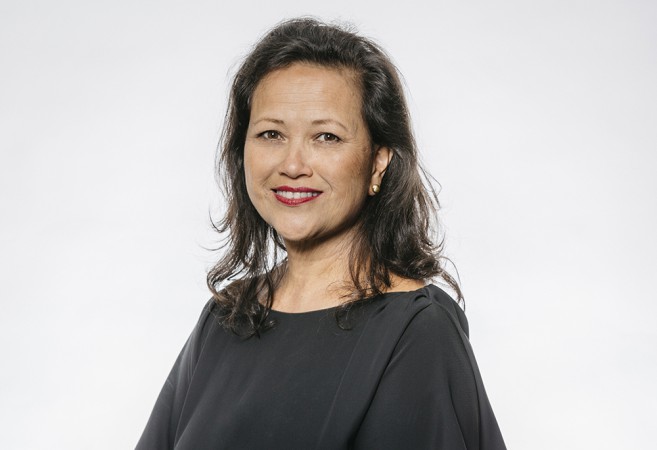 Back to Kōtaha: wāhine toa