It was an opportunity for current and former committee members, speakers and regular event attendees to network and celebrate Women's Suffrage in New Zealand, upon which so much progress has been built.

Our incredibly knowledgeable host, Amy Goodbehere, gave us a guided tour of the beautiful eight-bedroom kauri villa that was built in 1888, followed by a tour of the impressive gardens. The famous petition was gathered together on the dining room table, and it was in the gardens that the suffragists received the telegram informing them that the vote for women had been won.

Key facts from the day 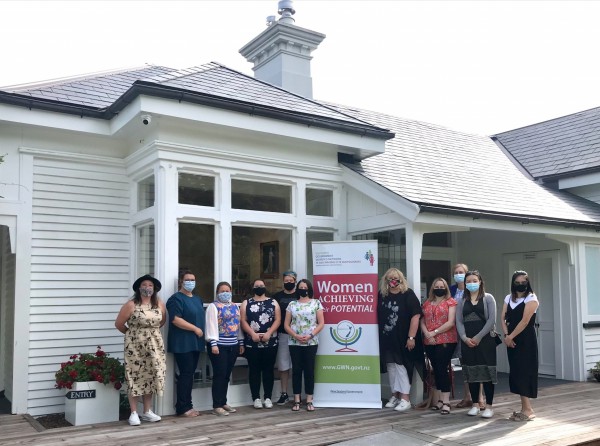