'Ofeina was drawn to community service from a young age. At 14 she became involved with a variety of youth programs which continued throughout her high school and tertiary years. This led to an invitation to join a community steering committee for a project funded by the Department of Internal Affairs (DIA) addressing youth suicide.

Initially, however, a career in the public sector was not the goal. 'Ofeina’s mother, who had immigrated from Tonga, encouraged her to pursue a career in business so 'Ofeina worked at Geneva Finance while completing her business degree. At this point, she found herself facing the choice between community work or a career in the more lucrative private sector. 'Ofeina’s choice to pursue her passion brought her to the Department of Internal Affairs to begin her journey to becoming a Pasifika advocate and an Obama Foundation Leader.

The path to 'Ofeina's involvement in the Obama Foundation Leaders: Asia-Pacific Programme began in 2013 when she applied for the Asia Pacific Leadership Program run through the East-West Center in Hawaii. 'Ofeina was being encouraged to seek opportunities by her manager who had become an important mentor in her life. Her manager pushed her to ask herself, 'How can I become a leader in my community?'

'Ofeina expected that the course would develop her leadership skills and ‘fill my basket of knowledge’ however she found it gave her much more than this. As the only Pasifika person taking part in the programme, she felt it was her responsibility to represent her people and ask the relevant questions. The experience proved to her that she had the confidence and ability to be part of the conversation.

When the programme ended 'Ofeina stayed actively engaged as part of the Asia Pacific Leadership Programme Alumni Network and in 2018 she travelled to Seoul for the East-West Center association meeting. There was much talk of Asia and the Pacific but, again as the only Pasifika person at the table, she was spurred to ask who they were referring to when they spoke of the Pacific and queried why there wasn’t a Pacific alumni chapter. Raising these questions led to 'Ofeina taking on the role of Pan Pacific Chapter leader of the East-West Center. 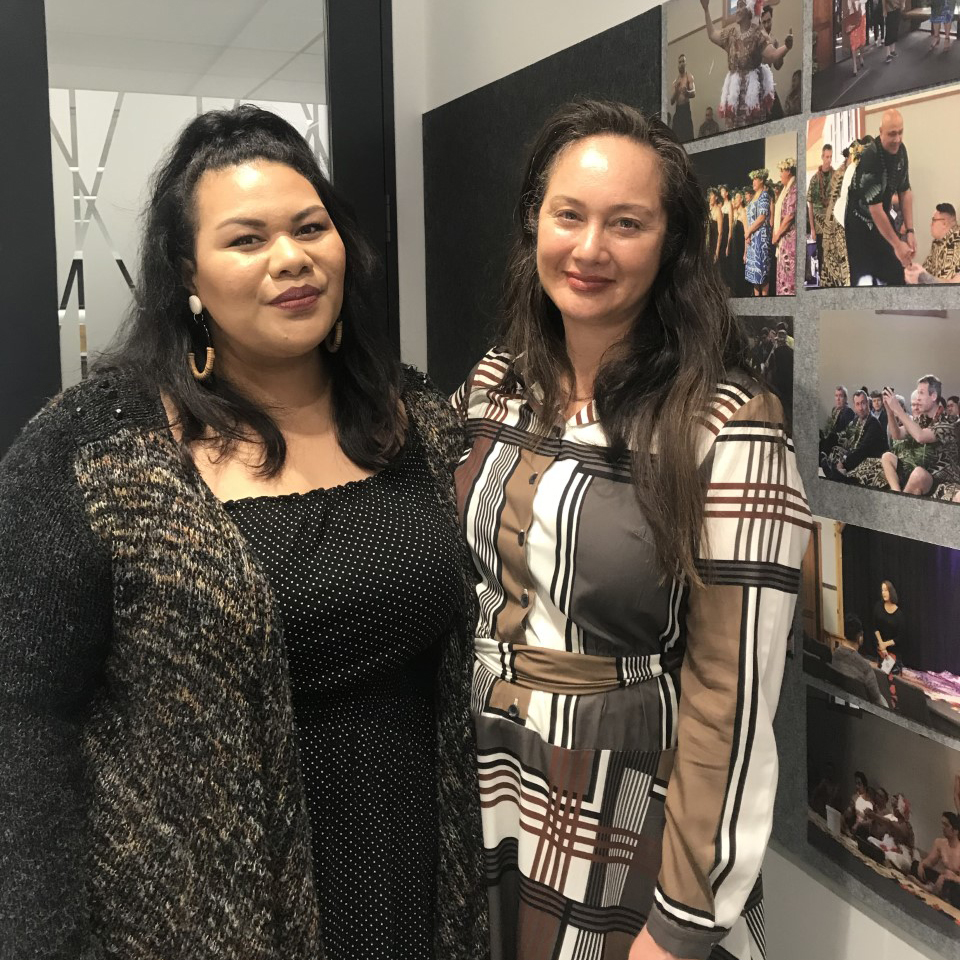 Seeking further opportunities Ofeina applied for and was accepted into The Obama Foundation Leaders: Asia-Pacific Programme and joined 199 delegates from across Asia and the Pacific, meeting and listening to many inspiring speakers – including President Obama. It was Michelle Obama’s message, however, that resonated most with 'Ofeina. Michelle spoke of being a mother, navigating through the guilt we feel when we do something for ourselves and the internal negative narrative we need to turn off. 'Ofeina took away the message that even though she may not look like the majority of other people sitting around the table, she is just as capable.

'Ofeina feels that one of the biggest challenges she has faced has been overcoming her own self-doubt. She points to the Pacific and Māori wāhine toa at DIA who have coached her and encouraged her to pay it forward. She recommends surrounding yourself with people who will give you constructive feedback and create an environment in which this discussion can go both ways.

It's important to be proactive, 'Ofeina tells us, and seek out your own development opportunities. She also stresses that it’s not just your professional experiences that are valuable but also how you interact with your community outside of the workplace. Having a strong link with her community has been her driving force and she continues to work to have Pasifika needs and values reflected in the public sector.

“Never underestimate the power of your story and the way it shapes your values and drives your behaviour. This is what you need to use to advocate for your people and represent their voices”.

Back to Auckland GWN Stories & Profiles