The idea for the network started from conversations between network representative Liline Hewett and chair Morgan Martin, who are thrilled with the response and engagement they’ve received. Retirement Commissioner Jane Wrightson and Tūhono Wāhine sponsor was delighted when the team decided that the network was wanted and needed.

“In the earlier part of my career there were very few such groups for women, and the one I found – MediaWomen – was really helpful in developing my confidence, knowledge, and networks outside my actual job. So it was very cool that our wāhine decided this was what they wanted, and even cooler when they asked if I would sponsor it.” – Tūhono Wāhine sponsor, Jane Wrightson

The goal of Tūhono Wāhine is to create a safe space for wāhine to collaborate and connect, which will in turn help each person to flourish in their career. This is reflected in the network’s logo, with kowhai representing personal growth, and the network’s name which translates in English to ‘connecting women’. The name was chosen in collaboration with their Kaihautū – Director of Māori Development Erin Thompson-Pou.

“It’s a great way for our women kaimahi to have honest and supportive discussions around matters important to them. As well as a support network, I think it’s also a great learning experience to wrestle with different views and come to a broad consensus. As an executive, we like it best when people come with a well-thought-through, well-argued proposal or idea that looks at matters from various angles. I like it even better when they come with a great idea we haven’t thought of! I’m excited to see how Tūhono Wāhine will grow and flourish.” – Sponsor, Jane Wrightson

Chair, Morgan Martin, agrees and is excited to see Tūhono Wāhine “truly embedded into life at Te Ara Ahunga Ora”. Tūhono Wāhine is steered by a working group who are currently working on a change initiative proposal for FY23-24 and hosting a networking event in early 2023. The working group also create regular opportunities for wāhine to connect.

Tūhono Wāhine is grateful for the continued support that they’ve received from Te Ara Ahunga Ora, particularly from the working group, senior leadership team and People Lead Rosa Armstrong. They would also like to thank the gracious wāhine from Te Puni Kōkiri, Ministry for Pacific Peoples, NZ Police, Ministry for Primary Industries, Tātaki Auckland Unlimited and Employee Led Networks who offered advice and encouragement in the network' formative stages. 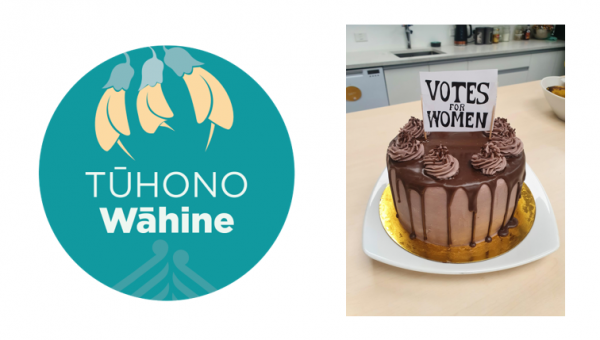