Inspector Amelia Steel joined the New Zealand Police in 1997. During her time with Police, Amelia has worked in the Police Legal Section, Police Professional Conduct team, and for Prosecutions in both Lower Hutt and Dunedin.

Prior to joining Police, Amelia completed a psychology degree. Once she became a police officer, she went back to study part-time and completed a law degree before joining the Police Prosecutions team in 2004. In 2010 Amelia was promoted to Senior Sergeant and became the first female District Prosecutions Manager for the Southern District.

In 2013 Amelia was promoted from Senior Sergeant to Inspector. She was one of the first female Inspectors to be based in Dunedin permanently, along with Inspector Mel Aitken. Amelia remembers this as one of the defining moments of her career, because it meant she was in a position of influence which gave her the capability to make significant contributions to benefit staff and the organisation.

Currently Amelia is the District Road Policing Manager. She has also been the lead of the Southern District’s Women’s Advisory Network (WAN), a group that helps support women in Police to reach their full potential. Her efforts to acknowledge and advance women in Police – alongside her mother, a former Dunedin police constable – were featured in a news article marking 75 years since women joined the police force.

For further enquiries on how to join the NZ Police WAN, contact Shona Low. 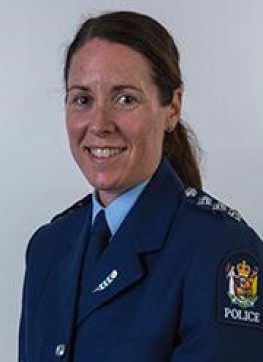