We chatted (via email for appropriate social distancing) with ECan’s youngest Councillor, Lan Pham this month to find out who inspires her, what keeps her motivated, and how she deals with challenges.

In addition to being ECan’s highest polling candidate in history, Lan is also the founder of the Working Waters Trust, a charitable organisation dedicated to the protection and restoration of endangered native fish. She lives in Christchurch with her husband and two-year old son. We asked Lan who inspires her. “Honestly, any woman I see living on this planet who has clarity and drive toward a greater good. There are so many of them. They are everywhere” she says. Lan is also focused on future generations, and how her work impacts them. “The principle of intergenerational justice is a huge driver for me. I’m continually inspired and driven to provide a decent ecologically-functional and wonderful world for those people not yet around.”

Lan’s journey to her current role started with a Bachelor of Science in Ecology from Massey, followed by a Conservation Corps course in Dunedin. She became interested in native freshwater fish, and worked for the Department of Conservation as a Freshwater Ranger, then did her Masters at Otago specialising in Freshwater Ecology. Lan launched the Working Waters Trust which works with farmers and communities on habitat restoration and education projects for endangered native fish. This role led Lan to run for Environment Canterbury, campaigning from her post (running the biodiversity and science contracts for DOC, Metservice, GNS Science) on Raoul Island in the Kermadecs.

“Honestly, any woman I see living on this planet who has clarity and drive toward a greater good. There are so many of them. They are everywhere."

Early in Lan’s career at ECan, she faced challenges on an important policy decision. Despite opposition to her stance, she stuck to her principles and ultimately played a pivotal role in gaining support for a key environmental decision on Canterbury’s coastline. This success grew into Council agreeing to even more influential climate-related achievements which continue to be built on today.” This type of work typically involves barriers and challenges for Lan. “Probably the most obvious barrier I encounter is a general underestimation of young people, but young women in particular”, she explains. “I overcome it by knowing my stuff, doing the work and being clear about what I’m about. Some people might try to bring you down, but I find it’s 99.9% of the time to do with their own insecurities. I don’t take anything personally.” Lan also regularly encounters perceived immovability of the status quo, and confronts this with a positive approach. She says, “we have an incredible capacity to bring both intelligence and love back into the way we operate in this world. That’s our challenge and it’s a big one, but an exciting one."

“Probably the most obvious barrier I encounter is a general underestimation of young people, but young women in particular."

Hindsight can be a valuable tool, so we asked Lan what career advice she would give herself ten years ago. “It was about 10 years ago that I realised how important using my voice was. I would tell myself: Oh cool, you’ve figured out you have a role to play in this world, now get on with it!”

So how does Lan balance work and recreation? “In theory, I love the outdoors and experiencing nature, but in practice I can’t say I excel at actually doing that in this current phase of life!” says Lan. Fortunately, she has spent a lot of time working on remote offshore islands hanging out with birds and humpback whales, and in remote areas of Aotearoa hunting out endangered native fish populations. “I feel content with dedicating this period of my life to being stuck around a meeting table and behind a computer, if that’s ultimately what’s going to help give nature a voice in some small way." 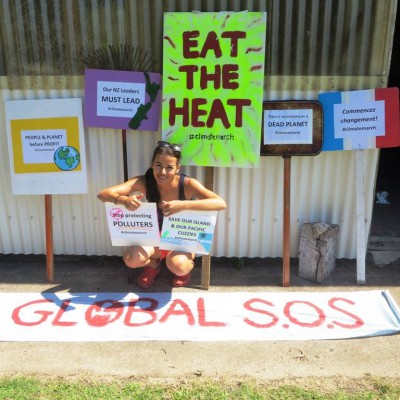 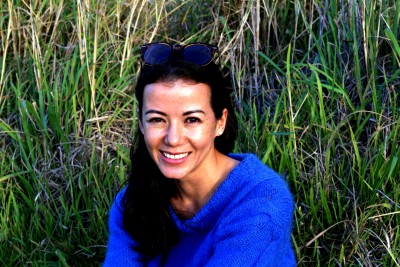 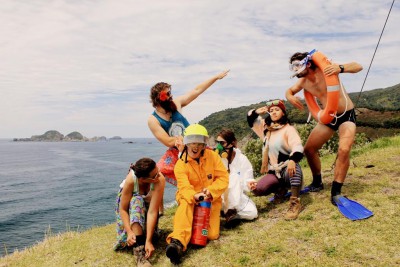